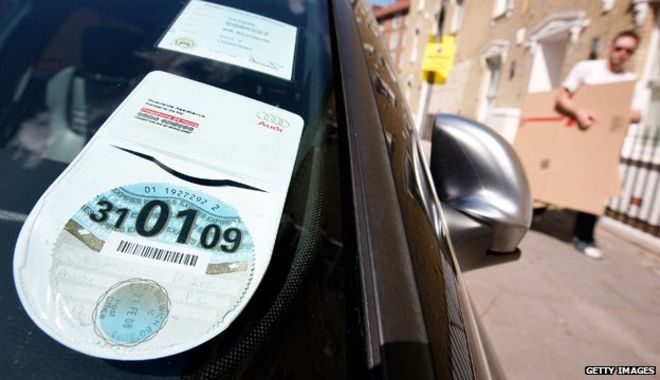 Since paper tax disks were scrapped back in 2014, the government has lost around £280 million in road tax revenue. This is despite it being framed as a cost-saving exercise…

Remember tax disks, those little circular bits of paper stuck to the edge of car windscreens? They were scrapped in 2014 by George Osborne, the then Chancellor of the Exchequer. The rationale was that it’d cut costs and clamp down on tax-evasion. Unfortunately, it seems to have achieved the exact opposite. The government has essentially short-changed itself of £280 million according to ‘upper estimates’. According to the RAC Foundation, that figure actually exceeds the amount the government has pledged to correct potholes and other damage to roads. The £280 million loss is a product of direct tax-evasion or simple forgetfulness on the part of motorists. Before the tax disks were abolished, the state was losing around £35 million annually; it’s now losing £94 million.

Steve Gooding, director of the RAC Foundation, laments the loss of simplicity. He said, “getting a piece of paper to stick in the windscreen might seem a quaint idea in the digital age, but what we’ve lost is the daily reminder it provided for all to see when the next payment was due”. Around 54% of motorists caught without tax were caught within two months after their renewal; this, commentators claim, is indicative that many are failing to pay it by accident. This is made worse by the fact that road tax doesn’t follow a car as it changes owners. As a result, some new owners aren’t aware that it’s their responsibility to tax it as soon as they’ve purchased it.

Not everyone agrees that the abolition of tax disks is behind the loss of revenue. Sir Patrick McLoughlin, the former transport secretary, has stood by the reforms introduced in 2014. He told the Daily Mail, “the idea that paper discs is the way you stop evasion is nonsense. I wouldn’t want to go back to that system”. Explaining his reasoning he said, “we don’t make people put discs in their car to show they’ve paid insurance, and people still renew their insurance”. One has to ask the question though, maybe making people display proof of insurance WOULD be a good idea; especially as so many thousands of motorists are regularly caught driving without it. What do you think, would you prefer to see the return of the humble tax disk or is the RAC Foundation simply being nostalgic for a by-gone age?

Not So Obvious Ways You Can Save Money On Your Motoring – https://www.autoserveclub.co.uk/blog/save-money-on-motoring/

With over 16,000 approved garages, a 24/7 support service and a host of cost-saving offers, Autoserve can keep your car moving smoothly. For any further questions please call Autoserve on 0121 521 3500.